Professor of Informatics at University of Zürich

Abraham Bernstein is a Full Professor of Informatics (Computer Science) at the University of Zurich, where he conducts research on AI, HCI, and Web-Scale Systems (eg., the Semantic Web and Linked Data). Before coming to Zurich, Abraham was on the faculty at NYU and a researcher at the Massachusetts Institute of Technology. Abraham also worked in the financial industry as a scientist as well as project manager and has advised numerous companies on matters of IT strategy and cutting-edge technology. Currently, he is involved with two early-stage Startups.

Susanne Chishti is the CEO of FINTECH Circle, Europe’s 1st Angel Network focused on fintech opportunities and the FINTECH Tours, Chairman of FINTECH Circle Innovate and Co-Editor of “The FINTECH Book” . Recognised in the European Digital Financial Services ‘Power 50’ 2015, an independent ranking of the most influential people in digital financial services in Europe. Selected as one of the 100 leading Women in FINTECH and top 15 FINTECH UK twitter influencers.

With his first IT startup founded at age 17, Roger Darin has always been enthusiastic about entrepreneurship. While he then pursued a more traditional career in investment banking  which offered the opportunity to work in several major financial centers across Europe and Asia, he continued to nurture his interests in technology.

It is this background in international banking, trading and risk management that he now blends with his affection for technology and an inherent streak of creativity, leading to several speaking and writing engagements about the intersection of those. Roger further combines those passions in his work as a product manager at a Zurich area fintech company and as active contributor in several organisations, including the Swiss Bitcoin Association (BAS), the Swiss Finance & Technology Association (SFTA), and is leveraging his expertise to help grow SICTIC and its Fintech Angels vertical.

Jan is a lecturer at the Universities of Zürich and Bern and several universities of applied sciences. He’s also speaker for start-up financing topics and has a good network to business angels and venture capitalists in Switzerland. Jan holds a Master of Arts degree from the University of Zurich.

Antonio joined Fongit in 2014 as director. He is also Expert for the Swiss Innovation Agency (Innosuisse) and sits on the board of directors of different startups. He was previously general partner of a venture capital fund investing in technology, with headquarters in Switzerland, Italy and California.

During this experience, he managed incubator activities for seed projects. Later, he made direct investments in innovative small-medium companies in Europe, with active roles in management and board of directors (sectors including telecom, software, cleantech, optics and luxury). Antonio holds a master’s degree in Economics at Bocconi University in Milan (Italy) and he is an alumnus of Singularity University in California.

Bettina Hein is a serial software entrepreneur that has built technology companies in both Europe and the United States. She is most recently the founder of digital health startup juli, her third software company. She is also the founder of Pixability, a video advertising company in Boston. Prior to Pixability, Bettina co-founded SVOX, the Swiss-based speech technology company which was acquired by Nuance Communications (NUAN) for $125 million. Bettina has received numerous awards and recognitions such as the 2018 Immigrant Entrepreneur of the Year Award, World Economic Forum Young Global Leader, L’Oreal NEXT Generation Award, and The Boston Business Journal’s “40 Under 40 Award.”

Jonathan Isenring studied Business Administration at University of Zurich. He has a strong passion for innovation and entrepreneurship. In 2014 he co-founded and grew HackZurich, Europe’s largest Hackathon event that brings together more than 500 international tech talents and promotes innovation within large corporations.

In 2016 Jonathan Isenring among others called Digital Festival into action in order to unite the major players of the tech- and digital-scene in Zurich. Since 2012, he is a member of the board of the Pioneers’ Club PCU, one of the largest entrepreneurial communities in Switzerland. He also gained work experience as an assistant at the Chair of Auditing & Internal Control at University of Zurich and serves as an advisor for innovation topics in selected Switzerland based companies.

Igor Karpachev is passionate about applying technology innovations for better lives today and tomorrow. He believes that people always make the main difference. In his endeavours, he relies on developing open relationships in teams and partnerships.

In her role as an investment readiness and pitching coach Ilona is helping startups to make their business propositions appealing to investors and develop skills to present them.

Ilona is a business development and marketing expert, who started her careers as a consultant at McKinsey & Co in Moscow.

Subsequently after getting her MBA from Harvard Business School she held a range of leadership positions in companies like J. Walter Thompson, BBVA and Credit Suisse in the areas of strategic branding, business development, marketing and procurement. Over the last 20 years she lived and worked in Russia, US, Argentina, Spain and Switzerland.

Since 2015 she is acting as an independent consultant, advising clients, among others startups and entrepreneurs on business development, branding, communication and “go to market” matters. She also took active roles in business development and operations in technology and crowd solving start ups.

Katka spent a decade in Silicon Valley with focus on innovation, entrepreneurship and related topics for the Institute of International Education, and in the U.S. Department of State programs/White House initiatives involving startups and other organizations from more than 170 countries.

Since 2013, she has led startup innovation activities in Asia including engagements with Startup Malaysia and co-founded a bioactive demo-cosmetics startup in Prague and helped to scale it through Europe. She also co-founded and leads Kickstart Innovation working on connecting startups from over 30 countries (more than 250Mio investments) and large Swiss private and public sector organizations. In her free time, she coaches student entrepreneurs, helping them validate their ideas and build businesses. 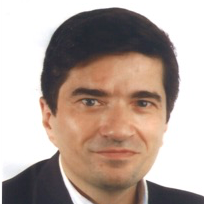 Jean-Philippe Lallement has extensive experience in entrepreneurship and general management in the ICT sector. He is chairman of two scale-ups and advisors of many startups / scale-ups, and an Innosuisse startup coach.

Jean-Philippe initially worked for McKinsey & Co, then joined a boutique M&A advisory, and later moved into strategy and general management at SITA, the global leader of IT services to the air-transport industry. He was instrumental in the set-up of the spin-off Equant that reached several $ billion in revenues and valuation, then had responsibility over a $200 million business line. From 2001, Jean-Philippe focused on co-founding and supporting startups.
Jean-Philippe holds master degrees in IT / Telecoms from Ecole Polytechnique and Telecom ParisTech in France, and an MBA from INSEAD.

As a major shareholder and CEO, Ariel Lüdi was for eleven years the driving force of the Swiss unicorn startup “hybris software”, the global leader in Omni commerce software. After growing it to more than 700 employees and yearly revenues of USD 150 millions, it got acquired by SAP in August 2013 for more than 1 billion USD.

Since then he ran for two years all of SAP’s business related to Customer Engagement and Commerce. Prior to joining hybris, Ariel was Senior Vice President of European sales at salesforce.com and built up the enterprise sales organization for Europe from scratch. He has has also worked at Oracle as Head of Sales and Product Marketing in Switzerland and at IBM. He has invested as business angel in more than a dozen startups.

Pascal is co-founder and former COO of GetYourGuide. In 2013 he joined Google as an Industry Manager. Since 2016 he is partner at Wingman AG, a startup coaching company based in Zurich. He is an active angel investor and serves as a board member in startups. He holds a MSc in Electrical Engineering from the Swiss Federal Institute of Technology ETH.

Fulvia led the Technology Pioneers community at the World Economic Forum, which recognizes around 30 early-stage technology companies globally every year and incorporates them into the Forum’s activities.

She held several roles in growing digital (SaaS and e-commerce) companies in over a decade in San Francisco. Her functional expertise includes product management, strategic planning, and business development.

She is interested in new technologies and how they will shape our world, supporting the entrepreneurs that will bring these technologies to market, and connect them with the innovation ecosystem so they can thrive.

Nina is Co-Founder & Managing Director of Reinhart Capital. She co-invests with Angels, VCs and Family Offices in Swiss and European ICT and B2B startups such as mobile payment system PayCash (acquired by Daimler) or seafood trading marketplace Procsea. She is the first Angel from Switzerland to receive a matching co-investment agreement with the European Angel Fund. Nina served on the Board of Swiss ICT Investor Club for four years before becoming an Advisor. 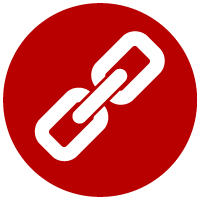 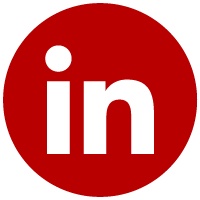 Nina has extensive international experience in strategy, business development, transformation and executive coaching in the US, Europe and Latin America. Before becoming an Angel, she worked at UBS, Nestlé and Frogdesign in Silicon Valley (acquired by Flextronics). A non linear thinker, she earned a Master Degree in Anthropology and an MBA.

David Shrier is a seasoned innovation catalyst. He is founder and CEO of Distilled Analytics, an advanced credit risk solutions company derived from MIT research providing step-function improvement to credit prediction. He also serves as Managing Director of MIT Connection Science and Engineering, and leads creation and launch of other new initiatives for the Massachusetts Institute of Technology.

David is on the advisory board of WorldQuant University, a program offering a totally-free, accredited, online Master’s degree in analytics. David recently advised the European Commission on commercializing innovation with a focus on digital technology. He specializes in building new revenue on established platforms, having developed $8.5 billion of growth opportunities with companies including GE/NBC Universal, Dun & Bradstreet, Wolters Kluwer, Disney, Ernst & Young, AOL Verizon, and Starwood, as well as leading private equity and VC funds. He has started and/or led a number of private equity and venture capital-backed companies as CEO, CFO or COO. David teaches courses and workshops for MIT such as “Future Commerce”, “Data Academy”, “Big Data and Social Analytics”, and “Future Health”. David Shrier was granted an Sc.B. from Brown University in Biology and Theatre. He and Sandy Pentland’s books include Frontiers of Financial Technology, New Solutions in Cybersecurity, and (with Thomas Hardjono) Trust::Data.

Prof. Dr. Christopher L. Tucci is Dean of the College of Management of Technology at the Ecole Polytechnique Fédérale de Lausanne (EPFL), where he holds the Chair in Corporate Strategy & Innovation. He received the degrees of Ph.D. from the Sloan School of Management, MIT; SM from MIT; and BS, AB, and MS from Stanford University.

Before returning for his PhD, he was an industrial computer scientist involved in developing Internet protocols and applying artificial intelligence tools to industrial problems. Professor Tucci joined EPFL in 2003 where he teaches courses in Entrepreneurship, Technology and Innovation Management (TIM), Information Technology Strategy, Design Thinking, and Research Methods. His primary areas of interest are business models, open innovation, crowdsourcing, and dynamic capabilities. He is also studying how the popularization of the Internet affects firms in different industries.  In 2010, he was elected to the leadership track of the SMS’ Strategy & Entrepreneurship Division.  In 2013, he was elected to the Academy of Management’s Board of Governors.